Why women should tell stories

It happened a couple of years ago at a dinner party. During the obligated after-dinner round of ‘have you seen this tv-show/watched this film/read this book’, I was standing in front of my bookcase to find a book I wanted to recommend to my friends. As my eyes were searching for the right cover, I noted something. I started to count. And I was shocked. Of about fifty books on the shelves, there were only 7 female authors between them.

It’s probably not going to be news for you, but in the Netherlands -just like in most countries- the film industry is dominated by men. Recent research by Utrecht University has focussed on gender equality in the Dutch film industry. It shows that in the past 10 years, there hasn’t been much improvement on the topic. Men are enrolled in leadership positions (head of departments) overwhelmingly more than women (70:30). Our executive producers, directors and screenwriters predominantly are men. And even more interesting: the higher the production budget, the smaller the chance of a woman being the producer/director/screenwriter on the project.

At 1Camera we also see a pattern: our clients – communication professionals – are mostly women. The producers, who manage our projects and our clients – are women. But the DoPs, specialists and directors we work with are men. And let’s not beat around the bush: our bosses? They’re  men.

I’ve been binging stories since I was a little girl. It started with children’s books by Guus Kuijer, Roald Dahl and Evert Hartman. Then there were the Dutch classics: Multatuli, Willem Elsschot, Louis Couperus. And the horizon broadened with writers like Brett Easton Ellis and Jose Saramago. The same goes for film: like many others I grew up with Steven Spielberg, Quentin Tarantino and the Coen brothers. I was under the spell of Darren Aronofsky and Paul Thomas Anderson and loved the Mexican cinema of Alfonso Cuarón and Alejandro Gonzalez Iñarritu.  I could also mention many TV-shows, but I think the point is clear:  male storytellers dominated my world.

When I stood there in front of my book case, I realised how I grew up with a male perspective. How the stories I consumed in my formative years were mostly told by men. And suddenly I saw how many themes of life I experienced through a male gaze. Coming of age. Friendship. Love. Jealousy. Mourning. Weltschmerz. I know how men look at women. I know how men experience friendship. I even know how boys become men. My reference is the male perspective.

And when I realised that, it also sunk in that the other way around it’s not the same. I don’t know any man who grew up with stories mostly told by women. Who has internalised how women look at life. Who understand deeply what friendship is like for women. Who know how girls struggle with becoming a woman.

I think  it makes a fundamental difference if the stories you consume are in essence recognisable, or if your whole life you’ve been putting yourself in someone else’s shoes. That experience can be very useful for developing empathetic skills. But I also think it’s a loss that encountering role models, for me, was more an exception than  the rule. I didn’t even look for role models, because for me it was a given that stories are mostly told by men.

After the dinner party I decided something: I would only read female authors for a year. In that year I learned a couple of things. First: we don’t need women to be storytellers because they can tell stories about women. We need women to be storytellers because everybody should grow up consuming stories that represent realistic perspectives on the world around us. That you can both recognise yourself in one perspective, and be surprised by another. It creates a broader understanding of life in general and it helps you see the value and nuance that comes with it. Of course, this is not only a gender issue. But hey, it’s International Women’s Day.

Secondly: for me, realising this, I also could take my own position as a maker more seriously. Maybe, subconsciously, after decades of having seen mostly male names on my book shelf and cinema tickets, it has had an influence on my own aspirations of becoming a writer or a director. Although I had been writing and directing for television and film for quite a while, I always felt there were other people more suited for the ‘real’ job. But it’s time to break with that bias.

I would urge everyone in the storytelling industry, starting with 1Camera, to create chances for female voices to stand out and break through. To work with female directors for those high budget projects. That way, we can make sure the female perspective is represented equally. As far as 1Camera is concerned, I’m happy to be part of that effort!

Veerle started with 1Camera as a producer in 2015 and in recent years focussed on developing her writing and directing, to great success. As such she is currently 1Camera’s Lead Creative and Jasper’s writing partner.

Some of the films written and directed by Veerle: 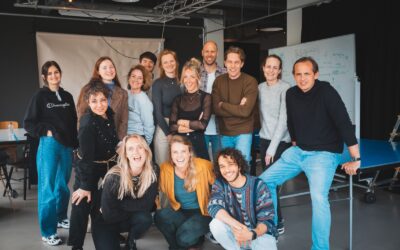 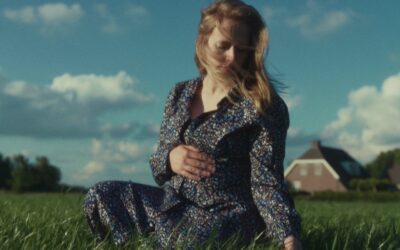 We proudly present the new FrieslandCampina corporate film ‘A new day’! The film was produced to mark the end of its 150th anniversary year and pays tribute to the many generations of dairy farmers who have made FrieslandCampina to what it is today: a dynamic,...

We love to create films. Very much so. Over the past 14 years we became experts in film production and in particular we have specialized in corporate film. Corporate film is often used to connect people or to evoke pride within the organization. In addition corporate...